SUBJECT: Come hear Paul Loeb speak in [CITY] on hope for the long haul
"The voices Loeb finds demonstrate that courage can be another name for love."—Alice Walker

How do we keep on working for change in tough political and economic times, and overcome the political demoralization and frustration that so many people are feeling these days? Paul Loeb, author of the bestselling books on citizen involvement Soul of a Citizen: Living With Conviction in Challenging Times and The Impossible Will Take a Little While: A Citizen’s Guide to Hope in a Time of Fear will explore how ordinary citizens can make their voices heard and actions count in a time when we're told neither matter. He’ll talk about how people get involved in larger community issues and what stops them from getting involved; how they burn out in exhaustion or maintain their commitment for the long haul; what we can learn from the citizen movements of the past. Paul’s Soul of a Citizen now has 100,000 copies in print as an underground activist bestseller, and St Martin’s Press is publishing [or just published] a wholly updated new edition in April 2010. Paul has woven in powerful new stories to address our current political landscape, with its mix of political hope and disappointment, obstruction and opportunity, and the key role, more than ever of citizen action. He’s getting great responses to it and we hope you’ll come to hear him at [Place and Time]

Soul has inspired thousands of people to act and take a stand and become an activist classic The History Channel and the American Book Association named The Impossible Will Take a Little While the #3 political book of 2004, and the Sierra Club selected it one of six books year for their common reading program. Jonathan Kozol writes, Soul’s new edition is magnificent,” Habitat for Humanity founder Millard Fuller concludes “Paul Loeb brings hope for a better world in a time when we so urgently need it.” The late Susan Sontag called Loeb “A national treasure.” Kurt Vonnegut wrote “A lot of smart people who have some influence on the course of history will read and admire you—and learn from you.” And Bill Moyers writes, “You are part of what’s good about this world and I admire your work very much” 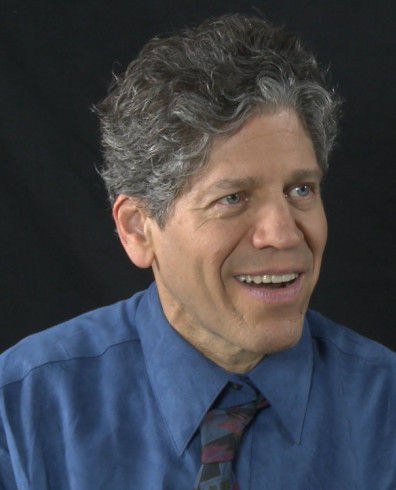 In addition to spending thirty-five years exploring citizen involvement, Paul Loeb ran a campus election engagement project that helped get students involved in 15 key states. Loeb explores what it’s like to go up against Goliath, whether South African apartheid, the iron fist of Eastern European dictatorship, Mississippi segregation, or America’s seemingly intractable political system. His stories don’t sugarcoat the obstacles. But they replenish the wellsprings of our commitment by showing what keeps us keeping on--even when the odds seem overwhelming. See www.paulloeb.org for more information and to buy his books.

If you care about change in a world where most people are told their voices don’t count, think of Paul’s books and the chance to hear him speak as a gift to yourself--bread for the journey in a hard political time, sustenance to return to again and again when your spirit begins to flag. And please pass on this notice to others, in your city and elsewhere.

COMMENTS ON SOUL OF A CITIZEN

“Rich, engaging, clearly written. An essential book for anyone who wants to work for change.”—Howard Zinn

“I stayed up half the night reading Soul of a Citizen, finding it a beautiful and morally transcendent work. Paul Loeb is a personal hero of mine who gives decency and generosity a political character, in the humblest of ways. The new edition is magnificent.”—Jonathan Kozol

“Soul has been a powerful inspiration to citizens acting for environmental sanity, showing how they can take committed stands, even if they don’t know every last answer. The new edition is even more inspirational.” –Bill McKibben

“Brims with stirring stories of everyday heroes who saw something wrong, heeded the voice of their conscience, gathered support and, acting in concert with others, changed things and made a difference.”—Philadelphia Inquirer

“Should be mandatory reading for anyone over the age of 12—especially every woman or man who has traded ‘I give a damn’ for ‘I give up.’”—San Francisco Chronicle

“When my daughter asked from college how to be an effective grassroots citizen, I gave her Paul's book. The new edition is even more powerful.”—Josette Sheeran, Executive Director, United Nations World Food Program

“To really, truly understand why it’s important for us all to stand up and act, and how to do it, read the new updated edition of Soul of a Citizen, an activist classic that belongs on the shelf right next to Saul Alinsky.”—Thom Hartmann

Soul of a Citizen has inspired countless students, faculty, and other readers since its publication a decade ago. Amazing as that book was, this new version is even wiser, deeper, and more inspiring. Loeb has given even more soul to his wonderful work.”
—Thomas Ehrlich, former president Indiana University

THE IMPOSSIBLE WILL TAKE A LITTLE WHILE: COMMENTS & REVIEWS

"This book can even make one hopeful about the future despite so many signs to the contrary."—Bill Moyers

“Hopeful, inspiring, and motivating… May well be required reading for us all.”
—Sierra Club magazine

“This might possibly be the most important collection of stories and essays you will ever read.” —American Book Association & History Channel top-10 Fall 2004 political book list

“For anyone worn down The Impossible Will Take a Little While is a bracing double cappuccino!”—Barbara Ehrenreich

“Deeply moving and motivating… a retinue to be reckoned with; a plethora of commentary from those dedicated to the concept of a better world”—Baltimore Sun

“A much needed salvo against despair.”—Psychology Today

“A must read” —Teaching Tolerance

“A song of hope in these difficult times.”—Bonnie Raitt

“A stirring collection of essays aimed at people who still want to believe that ordinary people can change the world.”—Atlanta Journal Constitution

“Some of the most powerful voices of our time.”—Boston Globe

“A wonderful book, with some extraordinary folks contributing. It reminds us that darkness always comes before the dawn.”—Reg Weaver, president, National Education Association